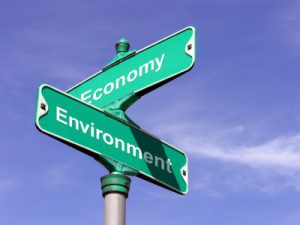 The Economic Resilience Study was a follow on from the Alternative Economics Seminar in November 2013, and took most of 2014 to research and produce. It is an in-depth analysis of our local economy, based on a combination of publicly available statistical information, private data and surveys of residents, visitors and local businesses. It identifies a range of actions that will enable us to build a more resilient community that respects the environment, on which we all depend.

The next Buxton Repair Cafe is a week today, Saturday 25 January, 10-2 in the lower hall in the Methodist Church on the Market Place. Let’s fix stuff and save it from going to waste.

UN biodiversity plan to save the planet ow.ly/YV9O30qaiYA

The 'Growing the New Economy' convention on 12 Feb in Oldham will explore how co-operatives & social enterprises can support inclusive economic growth as part of a wider move to “reset the dial on local economic development”. tinyurl.com/to5hncx

About a day ago

If you are in Sheffield on Saturday 18 January check this out tinyurl.com/vk2y5sn